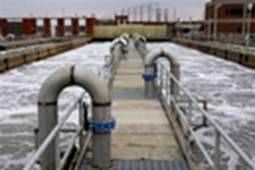 U.S. manufacturers, including major drug-makers, have legally released at least 271 million pounds of pharmaceuticals into waterways that often provide drinking water — contamination the federal government has consistently overlooked, according to an Associated Press investigation.


Hundreds of active pharmaceutical ingredients are used in a variety of manufacturing, including drug-making: For example, lithium is used to make ceramics and treat bipolar disorder; nitroglycerin is a heart drug and also used in explosives; copper shows up in everything from pipes to contraceptives.

Federal and industry officials say they don't know the extent to which pharmaceuticals are released by U.S. manufacturers because no one tracks them — as drugs. But a close analysis of 20 years of federal records found that, in fact, the government unintentionally keeps data on a few, allowing a glimpse of the pharmaceuticals coming from factories.

As part of its ongoing PharmaWater investigation about trace concentrations of pharmaceuticals in drinking water, AP identified 22 compounds that show up on two lists: the EPA monitors them as industrial chemicals that are released into rivers, lakes and other bodies of water under federal pollution laws, while the Food and Drug Administration classifies them as active pharmaceutical ingredients.

The data don't show precisely how much of the 271 million pounds comes from drugmakers versus other manufacturers; also, the figure is a massive undercount because of the limited federal government tracking.

To date, drug-makers have dismissed the suggestion that their manufacturing contributes significantly to what's being found in water. Federal drug and water regulators agree.

But some researchers say the lack of required testing amounts to a 'don't ask, don't tell' policy about whether drug-makers are contributing to water pollution.

"It doesn't pass the straight-face test to say pharmaceutical manufacturers are not emitting any of the compounds they're creating," said Kyla Bennett, who spent 10 years as an EPA enforcement officer before becoming an ecologist and environmental attorney.

Pilot studies in the U.S. and abroad are now confirming those doubts.

Last year, the AP reported that trace amounts of a wide range of pharmaceuticals — including antibiotics, anti-convulsants, mood stabilizers and sex hormones — have been found in American drinking water supplies. Including recent findings in Dallas, Cleveland and Maryland's Prince George's and Montgomery counties, pharmaceuticals have been detected in the drinking water of at least 51 million Americans.

Most cities and water providers still do not test. Some scientists say that wherever researchers look, they will find pharma-tainted water.

Consumers are considered the biggest contributors to the contamination. We consume drugs, then excrete what our bodies don't absorb. Other times, we flush unused drugs down toilets. The AP also found that an estimated 250 million pounds of pharmaceuticals and contaminated packaging are thrown away each year by hospitals and long-term care facilities.

Researchers have found that even extremely diluted concentrations of drugs harm fish, frogs and other aquatic species. Also, researchers report that human cells fail to grow normally in the laboratory when exposed to trace concentrations of certain drugs. Some scientists say they are increasingly concerned that the consumption of combinations of many drugs, even in small amounts, could harm humans over decades.

Utilities say the water is safe. Scientists, doctors and the EPA say there are no confirmed human risks associated with consuming minute concentrations of drugs. But those experts also agree that dangers cannot be ruled out, especially given the emerging research.

Two common industrial chemicals that are also pharmaceuticals — the antiseptics phenol and hydrogen peroxide — account for 92 percent of the 271 million pounds identified as coming from drug-makers and other manufacturers. Both can be toxic and both are considered to be ubiquitous in the environment.

Residues are often released into the environment when manufacturing equipment is cleaned.

A small fraction of pharmaceuticals also leach out of landfills where they are dumped. Pharmaceuticals released onto land include the chemo agent fluorouracil, the epilepsy medicine phenytoin and the sedative pentobarbital sodium. The overall amount may be considerable, given the volume of what has been buried — 572 million pounds of the 22 monitored drugs since 1988.

In one case, government data shows that in Columbus, Ohio, pharmaceutical maker Boehringer Ingelheim Roxane Inc. discharged an estimated 2,285 pounds of lithium carbonate — which is considered slightly toxic to aquatic invertebrates and freshwater fish — to a local wastewater treatment plant between 1995 and 2006. Company spokeswoman Marybeth C. McGuire said the pharmaceutical plant, which uses lithium to make drugs for bipolar disorder, has violated no laws or regulations. McGuire said all the lithium discharged, an annual average of 190 pounds, was lost when residues stuck to mixing equipment were washed down the drain.

Pharmaceutical company officials point out that active ingredients represent profits, so there's a huge incentive not to let any escape. They also say extremely strict manufacturing regulations — albeit aimed at other chemicals — help prevent leakage, and that whatever traces may get away are handled by onsite wastewater treatment.

"Manufacturers have to be in compliance with all relevant environmental laws," said Alan Goldhammer, a scientist and vice president at the industry trade group Pharmaceutical Research and Manufacturers of America.

Goldhammer conceded some drug residues could be released in wastewater, but stressed "it would not cause any environmental issues because it was not a toxic substance at the level that it was being released at."

Several big drug-makers were asked this simple question: Have you tested wastewater from your plants to find out whether any active pharmaceuticals are escaping, and if so what have you found?

"Based on research that we have reviewed from the past 20 years, pharmaceutical manufacturing facilities are not a significant source of pharmaceuticals that contribute to environmental risk," GlaxoSmithKline said in a statement.

AstraZeneca spokeswoman Kate Klemas said the company's manufacturing processes "are designed to avoid, or otherwise minimize the loss of product to the environment" and thus "ensure that any residual losses of pharmaceuticals to the environment that do occur are at levels that would be unlikely to pose a threat to human health or the environment."

One major manufacturer, Pfizer Inc., acknowledged that it tested some of its wastewater — but outside the United States.

The company's director of hazard communication and environmental toxicology, Frank Mastrocco, said Pfizer has sampled effluent from some of its foreign drug factories. Without disclosing details, he said the results left Pfizer "confident that the current controls and processes in place at these facilities are adequately protective of human health and the environment."

It's not just the industry that isn't testing.

FDA spokesman Christopher Kelly noted that his agency is not responsible for what comes out on the waste end of drug factories. At the EPA, acting assistant administrator for water Mike Shapiro — whose agency's Web site says pharmaceutical releases from manufacturing are "well defined and controlled" — did not mention factories as a source of pharmaceutical pollution when asked by the AP how drugs get into drinking water.

"Pharmaceuticals get into water in many ways," he said in a written statement. "It's commonly believed the majority come from human and animal excretion. A portion also comes from flushing unused drugs down the toilet or drain; a practice EPA generally discourages."

His position echoes that of a line of federal drug and water regulators as well as drugmakers, who concluded in the 1990s — before highly sensitive tests now used had been developed — that manufacturing is not a meaningful source of pharmaceuticals in the environment.

Pharmaceutical makers typically are excused from having to submit an environmental review for new products, and the FDA has never rejected a drug application based on potential environmental impact. Also at play are pressures not to delay potentially lifesaving drugs. What's more, because the EPA hasn't concluded at what level, if any, pharmaceuticals are bad for the environment or harmful to people, drug-makers almost never have to report the release of pharmaceuticals they produce.

"The government could get a national snapshot of the water if they chose to," said Jennifer Sass, a senior scientist for the Natural Resources Defense Council, "and it seems logical that we would want to find out what's coming out of these plants."

Ajit Ghorpade, an environmental engineer who worked for several major pharmaceutical companies before his current job helping run a wastewater treatment plant, said drug-makers have no impetus to take measurements that the government doesn't require.

"Obviously nobody wants to spend the time or their dime to prove this," he said. "It's like asking me why I don't drive a hybrid car? Why should I? It's not required."

After contacting the nation's leading drug-makers and filing public records requests, the AP found two federal agencies that have tested.

Preliminary USGS results, slated for publication later this year, show that treated wastewater from sewage plants serving drug factories had significantly more medicine residues. Data from the EPA study show a disproportionate concentration in wastewater of an antibiotic that a major Michigan factory was producing at the time the samples were taken.

Meanwhile, other researchers recorded concentrations of codeine in the southern reaches of the Delaware River that were at least 10 times higher than the rest of the river.

The scientists from the Delaware River Basin Commission won't have to look far when they try to track down potential sources later this year. One mile from the sampling site, just off shore of Pennsville, N.J., there's a pipe that spits out treated wastewater from a municipal plant. The plant accepts sewage from a pharmaceutical factory owned by Siegfried Ltd. The factory makes codeine.

"We have implemented programs to not only reduce the volume of waste materials generated but to minimize the amount of pharmaceutical ingredients in the water," said Siegfried spokeswoman Rita van Eck.

Another codeine plant, run by Johnson & Johnson subsidiary Noramco Inc., is about seven miles away. A Noramco spokesman acknowledged that the Wilmington, Del., factory had voluntarily tested its wastewater and found codeine in trace concentrations thousands of times greater than what was found in the Delaware River. "The amounts of codeine we measured in the wastewater, prior to releasing it to the City of Wilmington, are not considered to be hazardous to the environment," said a company spokesman.

In another instance, equipment-cleaning water sent down the drain of an Upsher-Smith Laboratories, Inc. factory in Denver consistently contains traces of warfarin, a blood thinner, according to results obtained under a public records act request. Officials at the company and the Denver Metro Wastewater Reclamation District said they believe the concentrations are safe.

Warfarin, which also is a common rat poison and pesticide, is so effective at inhibiting growth of aquatic plants and animals it's actually deliberately introduced to clean plants and tiny aquatic animals from ballast water of ships.

"With regard to wastewater management we are subject to a variety of federal, state and local regulation and oversight," said Joel Green, Upsher-Smith's vice president and general counsel. "And we work hard to maintain systems to promote compliance."

Baylor University professor Bryan Brooks, who has published more than a dozen studies related to pharmaceuticals in the environment, said assurances that drug-makers run clean shops are not enough.

"I have no reason to believe them or not believe them," he said. "We don't have peer-reviewed studies to support or not support their claims."
Posted by AtmoWater Inc at 2:47 PM No comments: